In South Africa, Mothers Day is celebrated on the second Sunday in the month of May. People of South Africa celebrate Mother's Day in its true spirit by acknowledging the importance of mothers in their lives and thanking them profusely for all their love and care. People also gift flowers and cards to their mother as an expression of their heartfelt feeling of gratitude and affection. 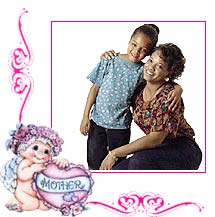 The most commonly used flowers on Mothers Day is the traditional carnation. People wear red or pink carnation for the mothers who are living while white carnation is used as a symbol of mothers who are dead. In South Africa, Mother's Day is taken as an opportunity to thank not just mothers but also grand mothers and women who are like mothers.

Mothers are pampered by caring children on the day. Many children treat their mother with a delicious breakfast in bed but owing to the changing lifestyles, a large number of people take their mother out for dinners. Young children present their mothers with homemade gifts while the elder ones buy gifts for their mothers.