Origin of Mother's Day goes back to the era of ancient Greek and Romans. But the roots of Mother's Day history can also be traced in UK where a Mothering Sunday was celebrated much before the festival saw the light of the day in US. However, the celebration of the festival as it is seen today is a recent phenomenon and not even a hundred years old.

Thanks to the hard work of the pioneering women of their times, Julia Ward Howe and Anna Jarvis that the day came into existence. Today the festival of Mothers day is celebrated across 46 countries (though on different dates) and is a hugely popular affair. Millions of people across the globe take the day as an opportunity to honor their mothers, thank them for their efforts in giving them life, raising them and being their constant support and well wisher.

The earliest history of Mothers Day dates back to the ancient annual spring festival the Greeks dedicated to maternal goddesses. The Greeks used the occasion to honor Rhea, wife of Cronus and the mother of many deities of Greek mythology.

Ancient Romans, too, celebrated a spring festival, called Hilaria dedicated to Cybele, a mother goddess. It may be noted that ceremonies in honour of Cybele began some 250 years before Christ was born. The celebration made on the Ides of March by making offerings in the temple of Cybele lasted for three days and included parades, games and masquerades. The celebrations were notorious enough that followers of Cybele were banished from Rome.

Early Christians celebrated a Mother's Day of sorts during the festival on the fourth Sunday of Lent in honor of the Virgin Mary, the Mother of Christ. In England the holiday was expanded to include all mothers. It was then called Mothering Sunday.

The more recent history of Mothers Day dates back to 1600s in England. Here a Mothering Sunday was celebrated annually on the fourth Sunday of Lent (the 40 day period leading up to Easter) to honor mothers. After a prayer service in church to honor Virgin Mary, children brought gifts and flowers to pay tribute to their own mothers.

On the occasion, servants, apprentices and other employees staying away from their homes were encouraged by their employers to visit their mothers and honor them. Traditionally children brought with them gifts and a special fruit cake or fruit-filled pastry called a simnel. Yugoslavs and people in other nations have observed similar days.

Custom of celebrating Mothering Sunday died out almost completely by the 19th century. However, the day came to be celebrated again after World War II, when American servicemen brought the custom and commercial enterprises used it as an occasion for sales.

The idea of official celebration of Mothers day in US was first suggested by Julia Ward Howe in 1872. An activist, writer and poet Julia shot to fame with her famous Civil War song, "Battle Hymn of the Republic". Julia Ward Howe suggested that June 2 be annually celebrated as Mothers Day and should be dedicated to peace. She wrote a passionate appeal to women and urged them to rise against war in her famous Mothers Day Proclamation, written in Boston in 1870. She also initiated a Mothers' Peace Day observance on the second Sunday in June in Boston and held the meeting for a number of years. Julia tirelessly championed the cause of official celebration of Mothers Day and declaration of official holiday on the day. Her idea spread but was later replaced by the Mother's Day holiday now celebrated in May. 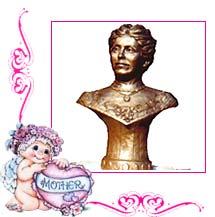 Anna Jarvis is recognised as the Founder of Mothers Day in US. Though Anna Jarvis never married and never had kids, she is also known as the Mother of Mothers Day, an apt title for the lady who worked hard to bestow honor on all mothers.

Anna Jarvis got the inspiration of celebrating Mothers Day from her own mother Mrs Anna Marie Reeves Jarvis in her childhood. An activist and social worker, Mrs Jarvis used to express her desire that someday someone must honor all mothers, living and dead, and pay tribute to the contributions made by them.

A loving daughter, Anna never forgot her mothers word and when her mother died in 1905, she resolved to fulfill her mothers desire of having a mothers day. Growing negligent attitude of adult Americans towards their mothers and a desire to honor her mothers soared her ambitions.

To begin with Anna, send Carnations in the church service in Grafton, West Virginia to honor her mother. Carnations were her mothers favorite flower and Anna felt that they symbolised a mothers pure love. Later Anna along with her supporters wrote letters to people in positions of power lobbying for the official declaration of Mothers Day holiday. The hard work paid off. By 1911, Mother's Day was celebrated in almost every state in the Union and on May 8, 1914 President Woodrow Wilson signed a Joint Resolution designating the second Sunday in May as Mother's Day. 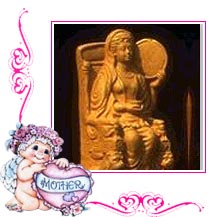 Today Mothers Day is celebrated in several countries including US, UK, India, Denmark, Finland, Italy, Turkey, Australia, Mexico, Canada, China, Japan and Belgium. People take the day as an opportunity to pay tribute to their mothers and thank them for all their love and support. The day has become hugely popular and in several countries phone lines witness maximum traffic. There is also a tradition of gifting flowers, cards and others gift to mothers on the Mothers Day. The festival has become commercialised to a great extent. Florists, card manufacturers and gift sellers see huge business potential in the day and make good money through a rigorous advertising campaign.

It is unfortunate to note that Ms Anna Jarvis, who devoted her life for the declaration of Mothers Day holiday was deeply hurt to note the huge commercialisation of the day.